A couple of weeks ago I discovered that one of my favorites gamejams, Rayuela Jam, was in progress, unfortunately this 1 month jam was about to end. However I loved the theme, ruins, and suddenly came to my mind the idea for a game, so I tried to make a prototype for the jam. But obviously I did not have time to make the game,  still I have continued working on the game and finally is almost here.

Long time ago that I want to make a small game inspired by Thatgamecompany's Journey. I love Journey, this is one of most important reference in game design for me and I wanted to make a game like this.

I'm really enthusiastic with this game, I love make games and I am really confortable with this development. Even this game finally will not be made for Rayuela Jam I'm working as if the game was made for a jam, working really hard, about 12 hours at day at least. This is not a vote for crunch, I'm completely against crunch. Just if you work in your own game and you are happy developing, only in this case you can work a lot more that 8 hours at day. For me this developing is being like playing, better than playing, really i prefer in this days to be with my game that playing League of Legends. 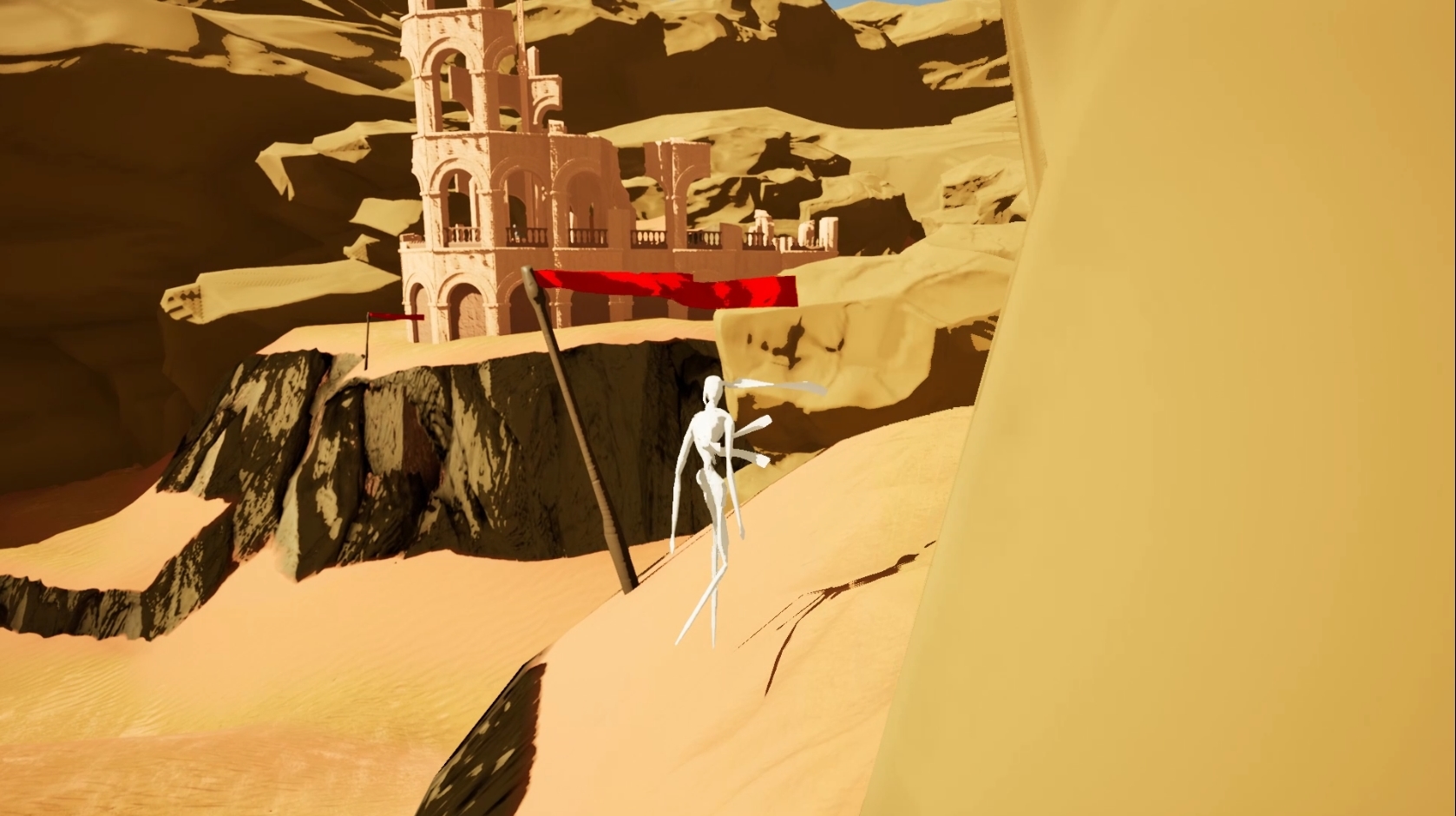 By this reason, although the game is practically made in about two weeks I don't consider this game as a seedy game, my effort is being hard and I'm trying to make a short but excelent game.

To save time there are some techniques that I'm using to develop this game, mainly I'm using assets previously created. Afortunately make games in Unreal offers a HUGE amount of free content, Epic offers a lot of projects and content completely free (specially very usefull the Infinity Blade content), in addition every month Epic Offers free marketplace content. So, as Unreal developers, we have a practically infinite amount of content that we can use in our project.  In spite of I'm artist, the only completely original content of the game are characters, all the other assets are from Epic and Marketplace content, some of them has been modified in Blender. 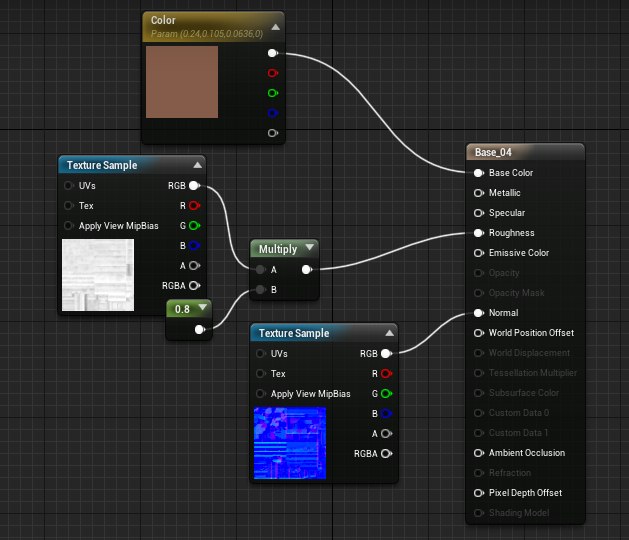 Example of a modified material

When making this game I had a bunch of objectives, one of the was to make a game with a nice art style, but visuals are not everything. There are a number of equally important elements: music, narrative design, gameplay mechanics and character movement.

I think that music is a very important element of any game design and is really important to choose the correct one. I can't make some kind of procedural music, as in Jouney, because I am working in this project alone and I'm not music composer, but still I have tried to find a interesting soundtrack, that conveys the feelings that I want to communicate. As allways I have spent a good amount of time searching CC Attribution and Public Domain Music on freemusicarchive, without a doubt the best site to find nice free music for our projects, with a lot of content and with a awesome and professional quality. In this case, the music define different spaces and feelings. Once the character arrives to a new space, music begins to play, the songs are not looping, when a song finish, music stops until the next space. I have tried to ensure that no one song overcome to another unless I want.

The base music blueprint is really simple, just a trigger that plays the song

I understand narrative design as a thing that is in every element of the game design, not only on the script. Gameplay mechanics or level design are elements as  much or more important that script for narrative in my games. I have tagged Restore here on itch.io as a "story rich" game although the script is really short. But the elements of level design are not in the game just because are beautiful or because is useful for mechanics, Every building, every level design decission is a consequence of the narrative design.

In the same way that level design, the gameplay mechanics are in the game for a reason. The main objetive in the game is "rebuild" the ruins of a old civilization, but this gameplay is indicated in different modes. First you have to find different parts of broken statues and rebuild them, this in turn rebuild the building that contain them and finally the statues tell us a small story about wthas happened to the civilization. But this is not the only mechanic, at the end the main mechanic is allways to find objects with the objetive to rebuild different spaces, but every of one is expressed in a different way and means a different thing.

In Restore, the character movement is more simple, you can't even jump, but the character speed changes according to terrain gradient and I am working with the character speed to change the feelings of the player. You can feel the path is hard and long or short and agile and this is a concious design decission.

A adventure and exploration game inspired by Journey